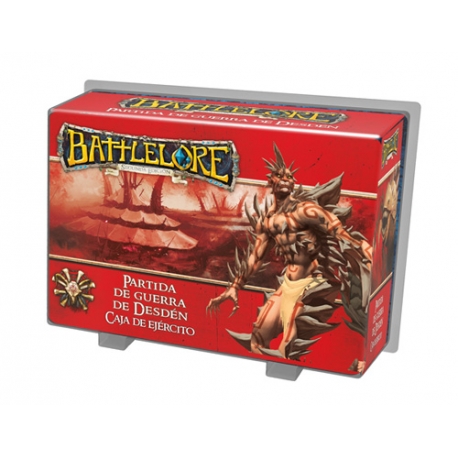 Recruit your armies and take them to the battlefield!

Disdain steppes are a dry wasteland, a lonely place where the wind howls among sharp rocks and where there lives nothing but monsters and demons. In this nightmarish landscape Y`llan Uthuk arrived and prospered. Led by a visionary coven Bloody Sisters, the Y`llan Uthuk hunted the demons of his new home and increased their strength. Now, the omens have indicated to them that it has reached a new season of blood, and the Game of War Disdain march to war.

Brings fierce warriors and sinister sorcery your BattleLore games with box Partida Army War Disdain. Demonic Uthuk Y'llan have unleashed terrible forces that include the magic of the bloody sacrifice Sisters and the ravenous beast known as the Bringer of Doom. Track earth and crush your enemies!

6 other products in the same category: