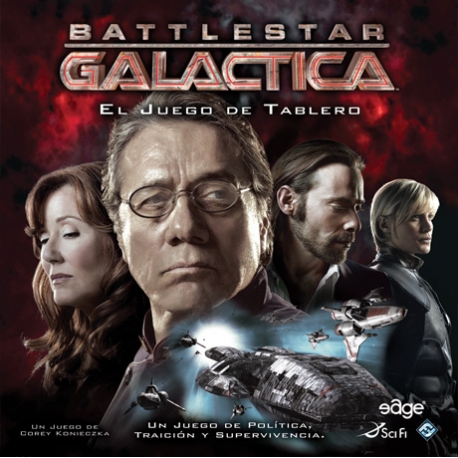 Board game is an exciting game of mistrust, intrigue and struggle for survival

Envío 5-7 días *
Temporarily out of stock

The Cylons have destroyed the Colonies, and the battered survivors of the human race have begun a race against time in search of the way to Earth. Confronted both the external threat of Cylon as betrayal and internal crises, mankind must remain united and cooperate if it is to survive ... but how do you get, when any of them can be a Cylon agent?

Battlestar Galactica: The Board Game is an exciting game of mistrust, intrigue and struggle for survival. Based on the epic series of successful Sci Fi Channel, Battlestar Galactica: The Board Game lets you assume the role of your favorite character in the series. You can be the Colonial Fleet Admiral, President of the Colonies or one of the extraordinary Viper fighter pilots. The human race will need them all to survive ... unless you're a Cylon, of course.

Battlestar Galactica: The Board Game is a game for 3-6 players semicooperative 10 years onwards. The average duration of a game is 2-3 hours.

2 other products in the same category: