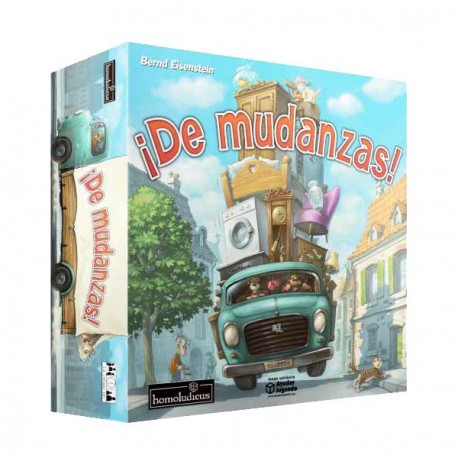 Who will be the most skillful transporter?

Making the move always feels like ... at least for a carrier. Although only if you have the right charge, of course. In this game, a roll of dice is enough for each player to know the load he has to carry. Unfortunately, sometimes there are not enough packages and other times they are too bulky ... Afterwards, and simultaneously, truck letters are discovered, which have different load capacities. There are some that only have one level, while others allow you to stack some packages on top of the others. It's about taking the most suitable truck quickly and then, quietly, trying to put everything in its place, since those packages that are left out will be negative points.

Who will be the most skillful transporter?