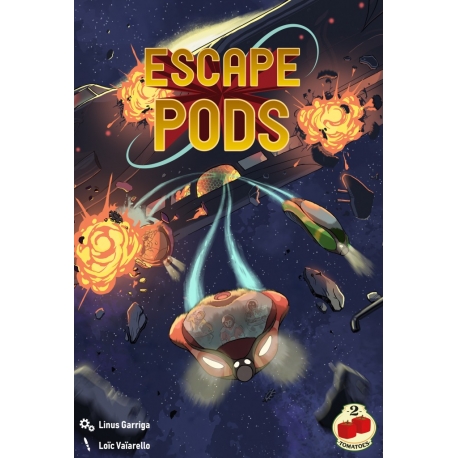 Escape Pods is a game of spaceships and escape for 1-5 players of ages 10+. You are tasked to evacuate crew members from an exploding spaceship, taking them via pods to secure refuges on a nearby moon.

The goal of the game is to rescue as many crew members as you can, taking them from the spaceship to the four shelters in some nearby moons. However, be careful: The combination of crew members in each shelter could make the escape not completely successful!

Players continue playing using the normal rules, until one of these conditions is met:

As soon as one of those conditions is met, the game ends and players proceed to scoring.

Do you want to learn to play?