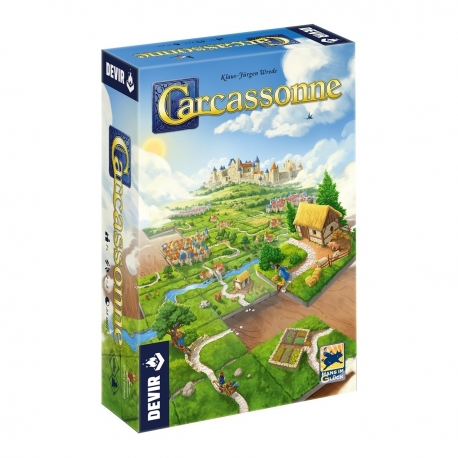 Simple yet full set of strategy, agile and quick to play. It includes expansions river and abbot.

The city of Carcassonne, in the south-east of France, is famous for its walled citadel dating from Roman and medieval times. Players will try to make a fortune by placing their followers on the roads, cities, monasteries and farms in the region, a region that will change as the game progresses. Appropriately disposing of these followers, be they bandits, knights, monks or peasants, will be
Indispensable for victory.

Simple but at the same time complete strategy game, agile and fast to play.


Includes expansions The river and the abbot.


With millions of copies sold, so simple and yet so new in every game, Carcassonne has become a classic of table games that has captivated the world. Create your own territory, use your followers as knights, bandits, monks or peasants and get more points than anyone else.

Do you want to know how to play?

20 other products in the same category:

Basic rules for the expansions of Carcassonne