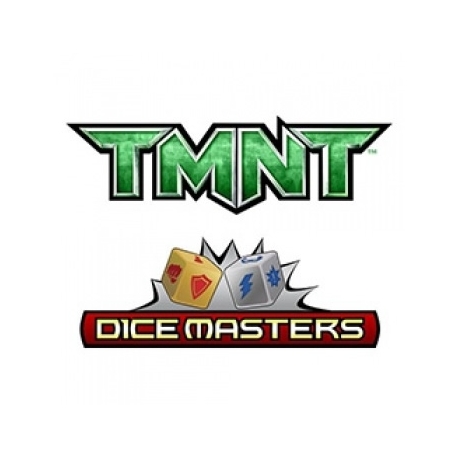 The Teenage Mutant Ninja Turtles Dice Masters: Heroes in a Half Shell Box Set has even MORE of the turtle action you’ll love with new versions of Leonardo, Michelangelo, Donatello, and Raphael. They’re joined by new allies to combat new foes!

Players can decide to build their team of heroes, villains, or some combination of the two! This release is perfect for new and seasoned players alike. Whether players are interested in a game or two over pizza or building the perfect team, this is a release that can’t be missed!

Introducing more than 8 characters never-before-seen in Dice Masters! TMNT Dice Masters: Heroes in a Half Shell Box set will be sure to deliver a totally radical time!
Manufacturer: WIZKIDS