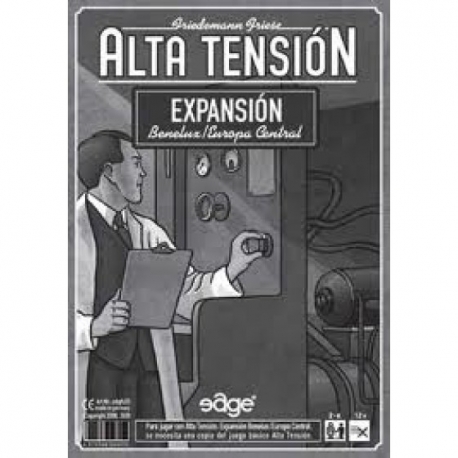 Benelux: The countries of Benelux are advocates for green energy. The rules change to allow entry of a central additional ecological supply to existing market in certain situations.

In contrast to Central Europe, Benelux has more oil available, but less coal. Also, being shorter distances and therefore have lower costs of connection, players can build their power grids faster, resulting in a shorter game.
Finally, remove the power plant with the lowest number each round, arrival at step 3 will be speeded up.
Central Europe: Thanks to the large coal deposits in Poland, the coaling is greater than in the original game, making coal power plants are cheaper to supply.

Due to its current policy, neither Poland nor Austria will build nuclear power plants. Thus, a player can only acquire (or even bid on) a power plant nuclear power when he has cities in at least one of the other three countries.

The city of Vienna has a special status because it gets all its supply burning trash. Thus, a player with Vienna in its electrical grid, buy garbage at a discount of 1 electro. These changes provide players with new strategies and tactics for this game.

The rules for play are the same as High Voltage, except for those included in this expansion. Each board (Benelux / Central Europe) brings changes to the original rules.