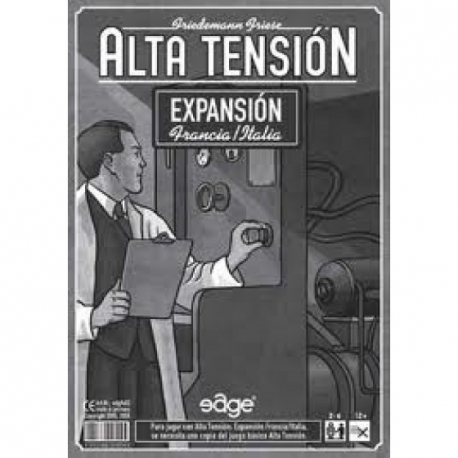 France: Currently, electricity production in France focuses on nuclear energy. This approach is reflected in the game for a greater reserve of uranium and faster access to the first nuclear power plant access.

Paris is the largest city in France and is represented as a city "triple " ", which makes it very interesting for all owners of power plants target, even if overemphasizing Paris can be a bad deal.

Italy: In Italy, resources are more limited than elsewhere. Soon, both coal and oil will be scarce and more expensive.

All this, combined with a relatively high cost of connection in some parts of the country due to its geographical setting, players will often remain unfunded.

The rules for play are the same as High Voltage, except for those included in this expansion.

Each board (France and Italy) brings changes to the original rules.