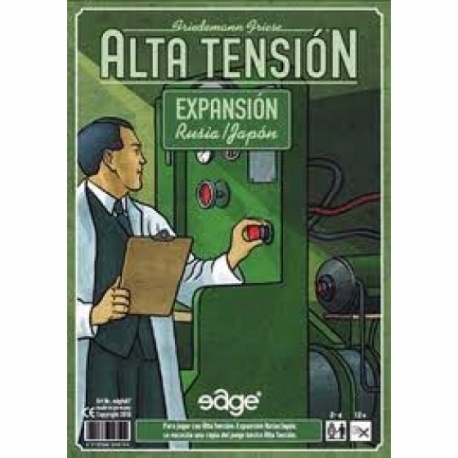 The market is constrained power plants in Russia. In addition, the usual rules to replace obsolete plants changing, forcing players that are gaining to completely rethink their strategy.

Due to the high population density of Japan, players can start with two separate power grids. The first connection is limited to certain cities, thus guaranteeing a tough fight for the best power grids.

The rules for play are the same as High Voltage, except for those included in this expansion.

Each board (Russia / Japan) brings changes to the original rules.