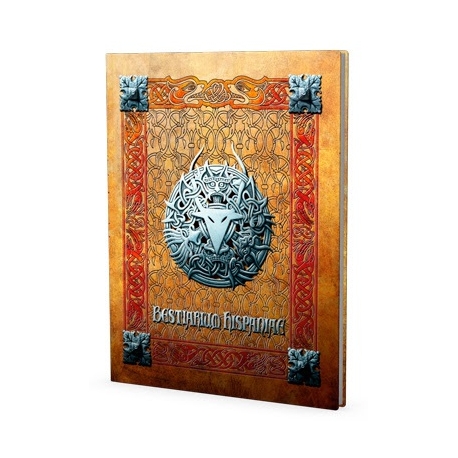 Every legend has an origin. The facts are told, they are transmitted by word of mouth, filling in nuances what happened with each new interpretation. Superstitions add new data that liven up the stories to make them real. Hidden beasts, cursed peoples, dragons, specters ... Legends come to life in this compendium of mythical and fantastic beings.

284 pages full of souls, specters, faeries, fantastic animals, serpents, dragons and other creatures such as lycanthropes and ogres.
Over 120 fully illustrated creatures.
All game values ​​to be able to use them in your games.
Adventure ideas for each of the beings presented and legends related to the creatures.
New Prides and Shames to play non-player characters with abilities and powers resulting from being descendants of irrational creatures.
A final adventure set in the most magical night of the year: the night of San Juan, when the doors to magic open to let the legends pass.