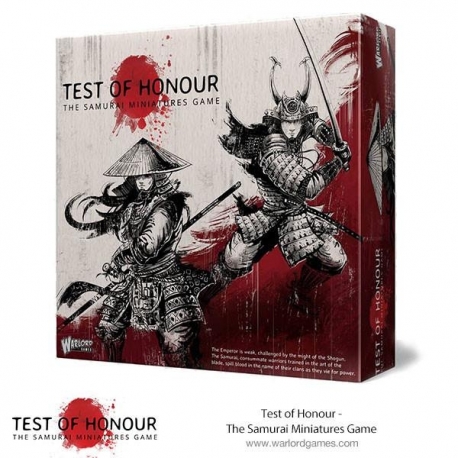 Test of Honour is a skirmish wargame played with roughly 5-20 models on each side. Players select their force before each game based around a samurai hero along with one or two loyal samurai companions and a variety of clan soldiers.

The 6 battle scenarios included tell a tale of bitter clan rivalry, betrayal and revenge. The battles are designed to be played in order, forming an ongoing story, with consequences for the victor and loser of each game.

As you play through the scenarios your samurai will use new skills, and perhaps even take the shameful path of deceit and trickery to gain victory - such choices are the ultimate test of honour.