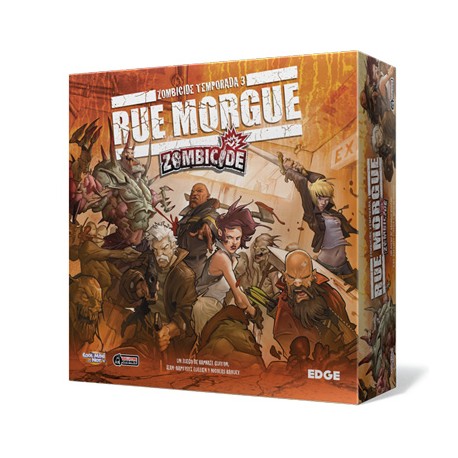 Blinded by his own desires and indifference, humanity has condemned itself. Now, zombies roam the ruins of our world.

Blinded by his own desires and indifference, humanity has condemned itself. Now, zombies roam the ruins of our world.

It's been a couple months since the initial outbreak. You are the leader of a team of resistance. Humanity and zombies are trapped in a war to extinction. It's time embroiled ...

Lead a team of survivors and leverages the unique abilities of its members to achieve victory against the hordes of zombies. Infected creatures are controlled by simple rules and a deck of cards. Play 14 missions in 14 different maps created from modules included map, or create your own. Find weapons. Kill zombies. The more zombies you kill, you become more skilled and more zombies appear.

Pick your team members between twelve survivors and lead them through actions as a team. Launches an attack against the nests of zombies in cities, haunted camps and even hospitals. Take on the new Heritage Raw zombies, deadly opponents able to continue fighting as crawlers when they are cut in half.

The provisions are sufficiently rare as to face the team against team Competitive brutal way, but weapons like bows, chainsaws, petrol bombs, shotguns and urban hubs can be found anywhere. The only way out is Zombicide!