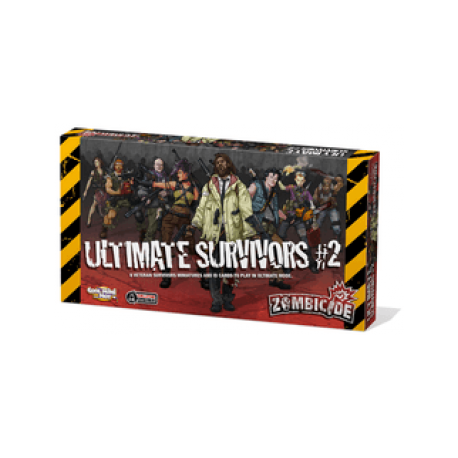 COOL MINI OR NOT

Ultimate Survivors #2 features veteran Survivors, with their miniatures and ID Cards. Some Skills evolved to turn your heroes into war machines! All of them have a free additional Skill at Blue Level. So, they engage the Zombicide with two Skills instead of one!