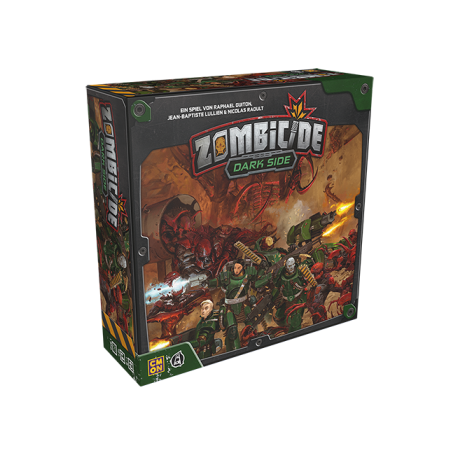 By buying this product you can collect up to 10 loyalty points. Your cart will total 10 points that can be converted into a voucher of 1,00 €.

It is the age of space travel and exploration. Humanity is able to fly even faster and further thanks to a new fuel called Xenium. But something went wrong. PK-L7, the only planet that has Xenium, has been invaded. The native xenos have gone berserk and are attacking anyone they see. They have been infected, turning them into zombie-like killing machines.

We are the Green Squad, a unit of elite soldiers trapped in the xenium mines of PK-L7. The xeno horde emerges from the depths, eager to reach the surface and slay all in their path. We are few in number, but we are determined to stop them!

Play together as a group - witnessing an underground xeno invasion! The Xenos are controlled by the game itself using simple rules and a deck of cards. Find weapons, defeat Xenos and improve the skills of your -experienced through experience. The more Xenos you kill, the more Xenos appear! Play 10 missions on 10 different game boards, which are composed of different map parts. Or create your own missions and gameplay.

Zombicide: Dark Side is a game in its own right. It is fully compatible with Zombicide: Invader and all expansions for Zombicide in the sci-fi era.