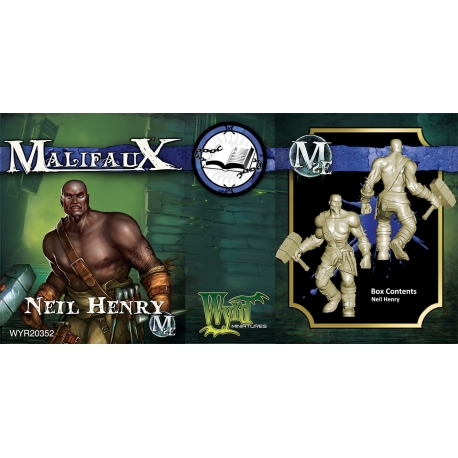 Neil Henry first came to the foundry's attention after his family was kidnapped by Condor Rails. The railroad company had intended to use his family as leverage to force Neil to work slower, but instead of capitulating to their demands, he single-handedly destroyed the two constructs guarding his family, killed the man responsible, and freed his wife and son. Despite suffering a grievous wound, Neil then returned to the railroad and worked for a day and a half straight, ensuring that the line was completed by the deadline.

Impressed with his work ethic, Mei Feng offered Neil a full-time job at the Foundry. Neil isn't a complicated man, but that works to his advantage; Mei knows that he doesn't have any desire to play political games and that means he can be trusted with her secrets.