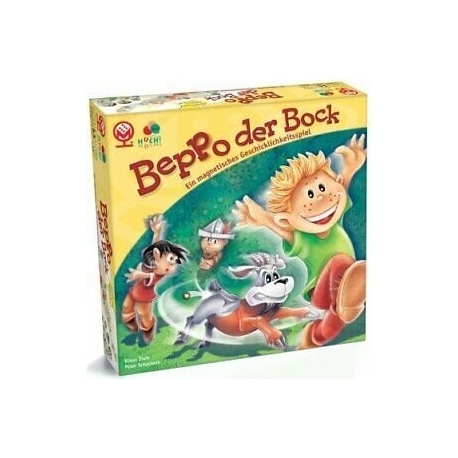 Each player controls a wooden figure and tries to reach the last space of the track. However, the buck Beppo, represented by a wooden piece as well, is resting in the fields and should not be disturbed...
On his turn, a player places Beppo on a powerful magnet, then sends a small metallic ball in its direction. If he meets them, Beppo will kick the players' figures away (sending them back to the start of the track), and the place where he arrives on the board determines how far the active player moves his pawn.
Este producto está disponible en Español, Inglés, Alemán, Francés, Holandés y Húngaro.