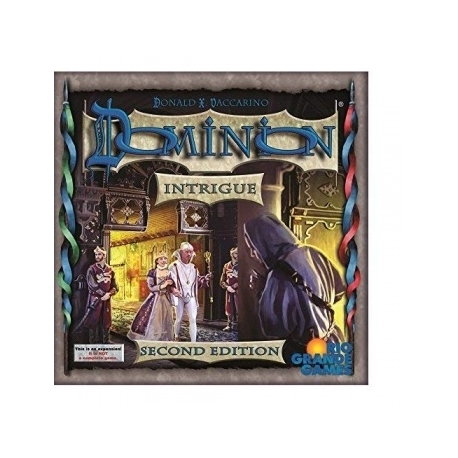 Dominion: Intrigue (Second Edition) replaces six Kingdom card types from the first edition with six new types of Kingdom cards, while also replacing the blank cards in that item with a seventh new Kingdom card these new cards are also available on their own in the Dominion: Intrigue Update Pack. In addition, the rulebook has been rewritten, one card has had a mild functional change (Masquerade skips players with no cards in hand), and other cards have received updated wording while remaining functionally the same.