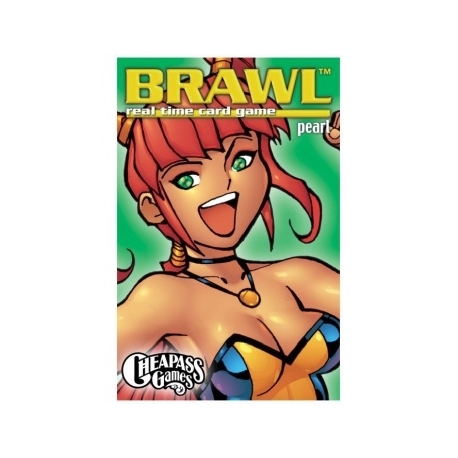 BRAWL is a fast, furious battle card game for two players, first released in
1999. Cheapass Games is re-launching the game with a reprint of the
original six character decks: Bennett, Chris, Darwin, Hale, Morgan, and Pearl.
These were the most beloved (and the fastest selling) decks in the series.
Each player needs a deck in BRAWL, and both players are playing at the
same time, as fast as they can. The game requires a balance of strategy and
speed, as characters battle to capture Base cards by playing Hits, Blocks,
Clears, and other cards. A full game takes less than a minute to play, and
each character has a different strategy and a different mix of cards.
For the 2016 edition, Cheapass has updated the graphic design and
packaging, while keeping the price affordable. The rulebook now contains an
extended description of each character's strengths and weaknesses, and
strategy hints to get the most out of your game.