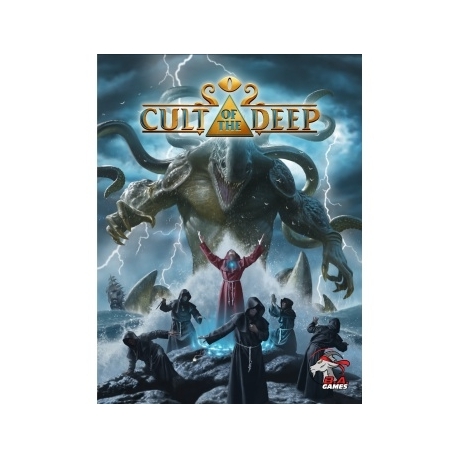 Cult of the Deep - EN

Cult of the Deep is a hidden-role dice game for 4-8 players where you are a cultist trying to establish your faction's rise to power. Battle for control of rituals and mythical monsters as you seek victory and control of the Cult.

A social deduction game where actions speak louder than words. What do you do'

Give life to the High Priest'

Sacrifice your body to protect others'

Drain your own blood for greater power'

Use alchemy to help complete rituals'

Harvest the soul of an ally to strengthen your faction'

Control the Kraken and punish those who oppose you'

Each action tells a story of who you are, or at least, who you want people to think you are.

Remember, even if you are killed, the game is far from over as you become a Wraith. Forever haunting enemies and allies as you tug on the strings of fate itself to gain victory.