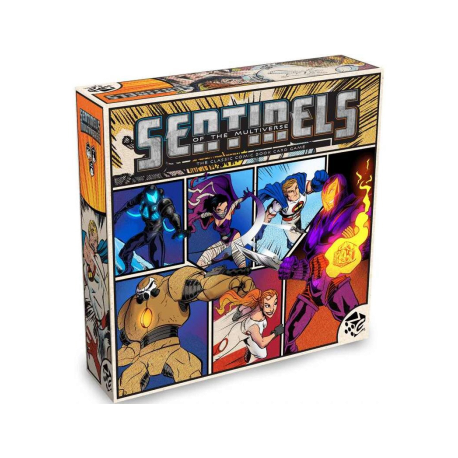 Sentinels of the Multiverse: Definitive Edition is the award-winning cooperative comic-book card game in which you and your friends team up as mighty heroes to thwart the nefarious plans of the villains who threaten the entire multiverse! Now bigger and better than ever! First introduced in 2011, Sentinels of the Multiverse quickly became a fan- favorite comic book card game, and now is re-released in this Definitive Edition! With more powerful heroes, fearsome villains, and dynamic environments than ever before, and introducing all new content, including ?first appearance? hero character card variants and playable events from the history of Sentinel Comics!