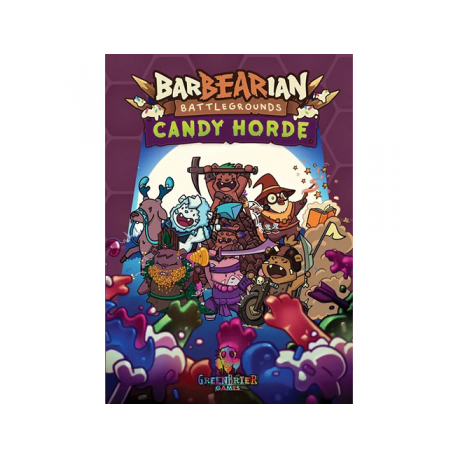 Foul pollution blights the beautiful lands of Barbearia Impossibly sticky and unnaturally sweet, this darkness corrupts anything it comes in contact with. The once lush landscapes are becoming tainted with an irresistibly delicious slime, and bears who fall to temptation are transformed into ravenous abominations.

-The Horde - Rampaging bears who have become mutated by the darkest magic in the known universe - candy! These mindless monstrosities have begun invading the realms of Barbearia, governed only by their insatiable cravings.

-Heroes - Powerful new allies you can recruit for battle. As grizzled veterans of war and adventures, these heroic bears are more powerful than your average barbearian.