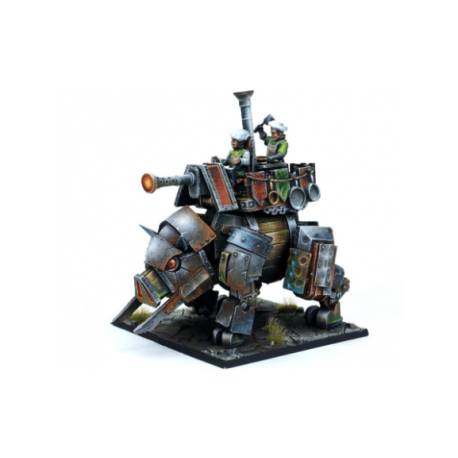 Originally conceived by the dwarfs as their Steel Behemoth, the concept of an Iron Beast was later brought to the Shires by the halfling Percival Arbuckle and the design later evolved by Paddy Bobart. While the designs of individual machines vary, they are all essentially an enormous four - legged, steam'powered behemoth controlled from a small cabin on the back and armed with guns, piercing tusks and unstoppable momentum. An implacable foe, they are eminently capable of smashing through an enemy army, spreading death and shear panic.