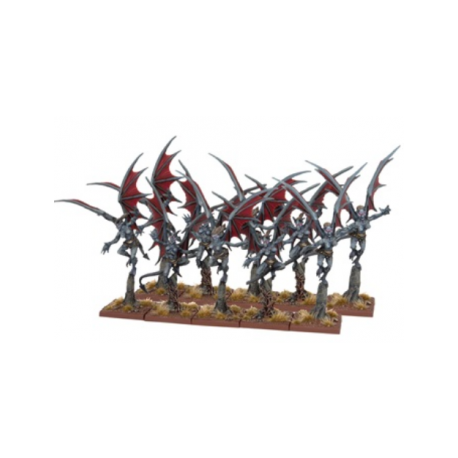 Gargoyles originate from the Abyss, where they are among the lowest-ranked creatures to be found. They are mere speckles of their masters? power, but they truly are legion ? their numbers almost without limit. Their normal duty is the eternal torture of the evil souls trapped in the Abyss, but at times of war, they serve as foot soldiers ? either for the Abyssal lords, or for the Iron-casters that summon them to the surface. They hang over the battlefield like a sinister pall, swooping down to strike at the wounded and devour the dead. 10 Gargoyles including: