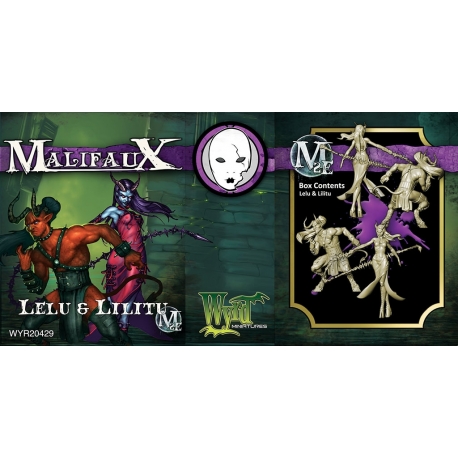 For the most part, the Nephilim have a fairly stable growth pattern. All start out as Terror Tots, and the Young Nephilim are the next step that follows. As they progress to maturity, however, the species begins to diverge in interesting ways. While scholars disagree on just how many branches there are, one of the most recognized is the pair of siblings known as Lelu and Lilitu. Current theories of the Nephilim social patterns hold that as individuals grow and mature, they become more independent of their fellows. Every once in a while a male and female set of siblings will stick together from a young age. Upon reaching maturity, usually after his sister, the male becomes a Lelu instead of the more recognized Mature Nephilim.

This creates a twisted relationship between the two that lasts their whole lives. The Lelu, so used to following the instructions of his physically weaker sibling, is treated with contempt by the rest of the pack. He accepts this abuse without complaint, trapped in a cycle of self-loathing.

A Lilitu is the second half of a brother-sister pair that reached maturity intact. Almost as a rule, female Nephilim are smarter and more cunning than their male counterparts, and a Lilitu is no exception. From a young age she has manipulated her brother into taking any blows meant for her. Eventually this becomes normal for both of them, and she begins to take more and more control. Her dominance is well established by the time they reach maturity, but she continues to enforce it through constant abuse.

Despite this skewed relationship, she is passionately protective of her sibling. Other pack members may abuse the Lelu, but only as far as the Lilitu allows. Without her brother, a Lilitu begins to slowly waste away, so used to the connection theyve had since birth. Some scholars have theorized a hormonal bond between the two, one that has catastrophic consequences if broken. In battle, the siblings make a dangerous pair, as the Lilitu guides her brothers brutality while reveling in her own.