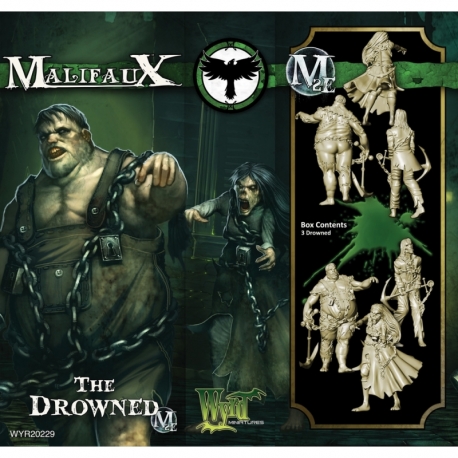 Bodies floating face down in the river are not uncommon in Malifaux. Both the Guild and Arcanists like to make people vanish beneath the murky waters. Typically, they are not even killed first, so there is no evidence linking anyone to the tragic "accident." This callous cruelty leaves a devastated soul trapped in a rotting and bloated body, unable to come to terms with its death. Over and over it remembers the burning pain of suffocation, followed by that one last gasp that flooded its lungs before the body died in dark solitude.

Resurrectionists can raise these unfortunates, but controlling them is a different matter. They will seek out their murderers regardless of other instructions, water bubbling endlessly from their mouths. Clasping the weights they were tied to, they will pursue their targets ceaselessly until their revenge is complete. Only once this is done can the person that raised them take control, giving their own orders to the tortured spirit within.