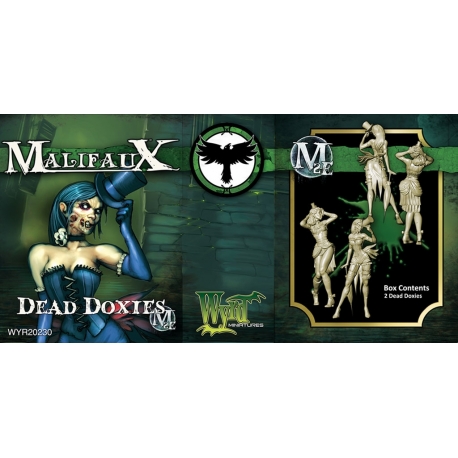 When Seamus took over Madame Sybelles Saloon and started his collection of undead companions, he was pleased with his handiwork. Soon enough though, he decided his little group needed some extra razzle dazzle. It did not take him long to entice several naive young chorus girls from the Star Theater, who were only too keen to visit the famous Sebastian Baker, Dream Maker. Everyone in the business knew his reputation as an agent, and the fame and fortune his girls always received. His calling card always offered them the chance to be "immortalized on the stage."

They do indeed get immortality, although at a terrible price. Despite everyone knowing of Sebastian Baker, he is just a name Seamus picked out of his hat. The girls only realize the truth when Seamus slashes their throats with an expert flourish, severing their vocal cords so they bleed out in silence. Once he reaises them, they dance endlessly for his enthusiastic applause on a little stage he built. They cant sing, but Seamus doesnt hold that against them.