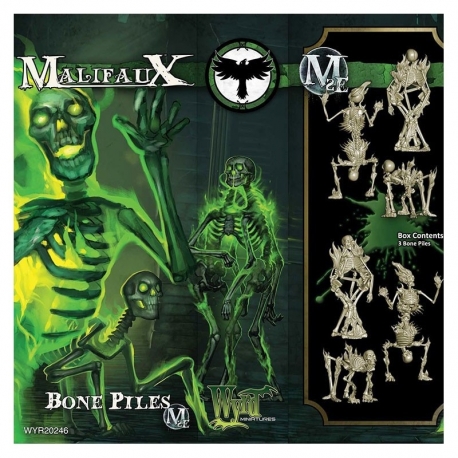 In the summer of 1906. the Resurrectionist Nicodem raised a horde of zombies and marched on the Guild Enclave. He was defeated by the Death Marshals. In the wake of his attack corpses become scarce, and the other Resurrectionists were forced to open up older tombs and crypts to find new minions.

Barring ancient curses, skeletons had been considered too difficult to animate, at least until one enterprising necromance stumbled upon the secret of creating Bone Piles. Rather than animate the skeleton, the necromancer summoned a spirit and bound them to the mouldering bones. As a result, Bone Piles tend to have a jumbled appearance, but they make up for it by being able to suffle their bones around into whatever arrangement best suits the current task.