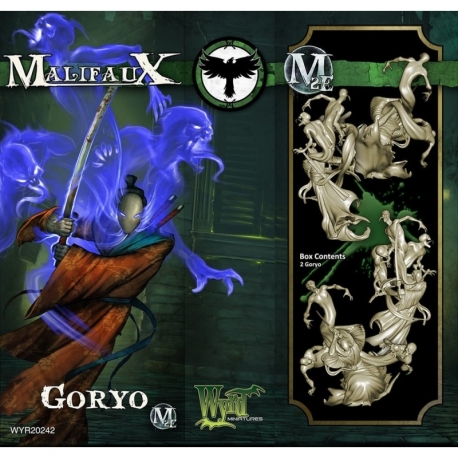 Goryo are the spirits of strong-willed warriors or the lords who martyred themselves in battle. Their will is such that they are able to bind lesser sprits to themselves, gaining power and skill from the sprits they subsume. They sometimes haunt the places where they died, but they can be called into the material world by a Resurrectionist with enough skill.

Those who seek to summon a Goryp are playing a dangerous game, the sprits are often filed with rage at the living, constantly re-enacting the final battle that put them into the grave. The sprits that follow them are significantly less powerful, but they are still a danger.

If a Goryo can be controlled, it may prove to be well worth the effort. Unlike most sprits which act out of sheer rage and hunger, the Goryo brings with it all of its knowledge of martial prowess and tactical skill. They have been known to cut down skilled swordsmen and outmanoeuvre elite mercenary units.

Please Note: Miniatures are supplied unpainted and some assembly will be required.