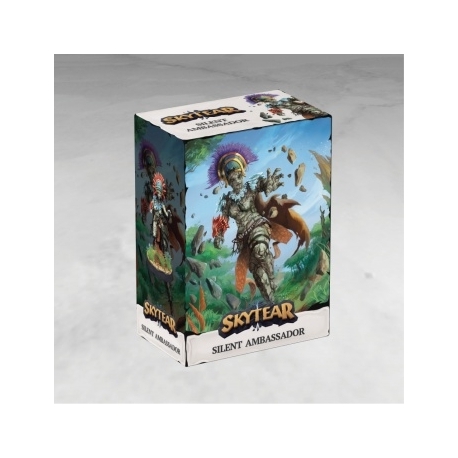 The expansion contains: 1 Silent Ambassador preassembled and unpainted miniature (38mm). 7 Outsider Cards, one for each of these languages: English, Italian, Portuguese, French, German, Spanish, Polish. Silent Ambassadors are attracted by sorrow and violence, these creatures haunt the battlefields in search of victims to wreak their deadly needs against, often assuming humanoid features by using the debris around them in a grotesque caricature of the ones who created them.