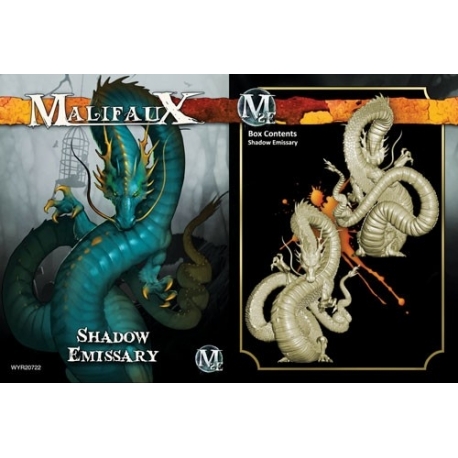 To get her hooks into the Ten Thunders, Zoraida created a puppet shaped around the image that he Three Kingdoms cast in her own mind, and so the Shadow Effigy set out from her hut as a sinister, silent figure in a ninja gi, sugegasa and torakage mask It was given its duties, and it fulfilled them, flitting through the night with is adopted brethren, feeling its ties to the Swamp Hag growing ever weaker as it bound itself to a new path.

Now the Emissary has burst out of the trappings the Effigy was made with, and has taken a new form, drawn from the heats and spirits of the Three Kingdoms: a dragon, stern and regal, speaking with a voice of wind and thunder.