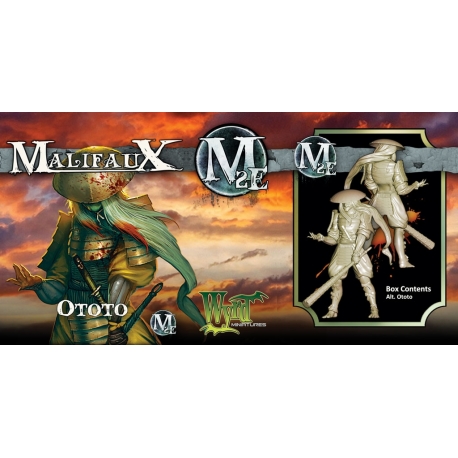 Ototo was born powerful and trained tirelessly to make the most of that prowess. Even before coming from Earthside, he was a gifted fighter, and feared wherever the Oyabun sent him. After crossing the Breach, he found that in addition to his great strength, he could now command the thunder itself. In addition, he has been known to simply laugh away some of his opponents' strongest blows, throwing his mortality into question as well.

Because of his great power, he discarded his name in favour of the title of Ototo, and he has chosen to hide his true face behind a blank mask, becoming little more than an incarnation of everything to fear from the Ten Thunders. Even those who work most closely with him only know him by his taken name, allowing him to blend in with the crowd and move into position unseen.

Please Note: Model is supplied unpainted and some assembly may be required.