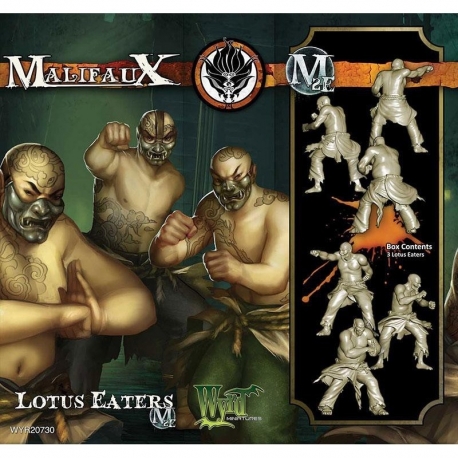 Lotus Eaters are an ancient crime syndicate that has plagued the Three Kingdoms for centuries. It was only with the success of the Boxer Rebellion that they realized just how much influence the Katanaka family had gained in their homeland. Rather than attempt to fight a stronger opponent, the Oyabun of the Lotus Eaters humbly contacted the Oyabun of the Katanaka family and asked to become their vassals.

Their petition was accepted, but the Katanaka are slow to trust. They are currently using the Lotus Eaters as low-level enforcers and thugs within the Ten Thunders until they have sufficiently proven their loyalty to the organisation.

Lotus Eaters follow a strict regiment of intense physical and mental training that is supplemented by the consumption of rare, mystical lotus blossoms. The effects of each blossom can differ depending upon its colour, but they must be taken in moderation: those who follow the path of the lotus too far invariably lose their minds to madness.