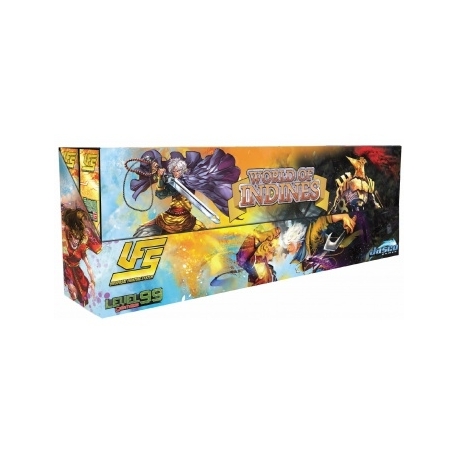 Indines is a world of deadly conflict and high adventure, where the spirit of a single hero can determine the fate of the world against impossible odds. Join the champions of this fantastic world in their fight to bring order to a land in chaos. This display contains 8 tuck boxes of 60 cards, including one 41 card turbo deck plus 1 additional character as well as 18 random rare cards! This display contains 2 of each turbo deck for the UFS World of IndinesTM CCG. Use these decks to train any fighter in the Universal Fighting System and take another step towards becoming the ultimate universal fighter!