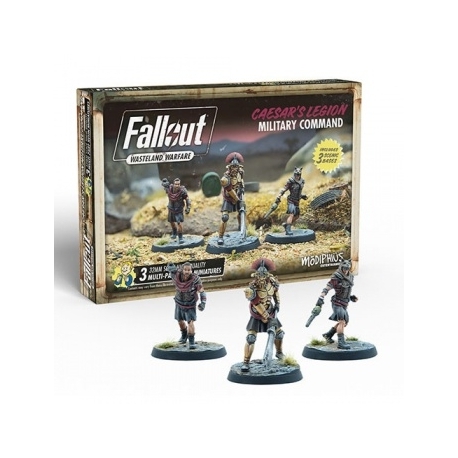 Battle breeds success, honor, and victory ' at least for those with skill enough to grasp it. The Legion's Military command is made up of those whom Caesar himself deems worthy. Vulpes Inculta rose through the ranks with unorthodox tactics and a flare for covert and espionage work. He was instrumental in the victory and terror attacks in Nipton. In stark contrast, Lucius is as upright and staunch as a Legion member can be. He is the leader of the praetorian guard, charged with the defence of Caesar and command of his personal bodyguard. Legate Lanius combines the best of all as the Legion's military commander. His moniker of 'The Terror of the East' is well earned, and as competent a commander as he is a fearsome fighter up close. With him in the fray, Legion victories are never far behind.

Miniatures are supplied unpainted. Preparation and assembly are required.