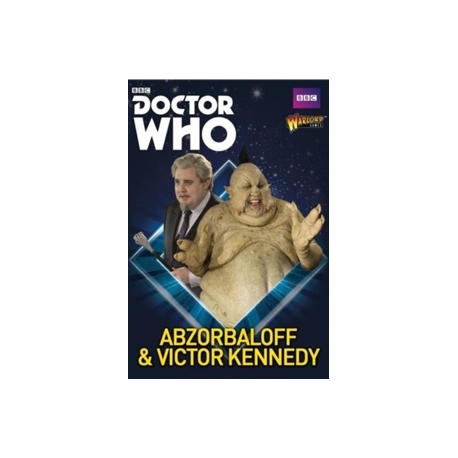 In the episode Love & Monsters, the mysterious Victor Kennedy gatecrashed a meeting of LINDA (London Investigation ‘N’ Detective Agency), encouraging them to focus on their goal of gathering information on the sightings of the Doctor.
In reality Victor Kennedy was an alien being in disguise. Hailing from Clom – the sister planet of the Slitheen's own Raxacoricofallapatorius – the Abzorbaloff was capable of absorbing memories, consciousness and the physical bodies of victims by the merest touch.