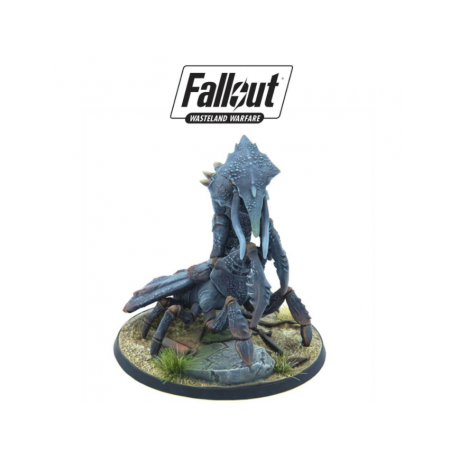 Fog crawlers are aptly named. They inhabit coastal regions and islands, predominantly with low cloud and fog banks that they use to hunt. Their crawling, shambling gait when not enraged lets them move through the surf or into woods with ease, but swiftly accelerate to pounce on prey and enemies. Woe betide the unwary hunter who thinks they are safe because of the Fog Crawler's apparent grazing their explosive bouts of speed will put them in danger before they have time to realise the threat.

These monsters tend to be solitary beasts, stalking isolated but verdant regions as apex predators. Even the mighty Deathclaw keeps its distance. The Fog Crawler's speed and dexterity mean it is more than a match for anything in its path, leaping and slashing at what will soon become its next meal'