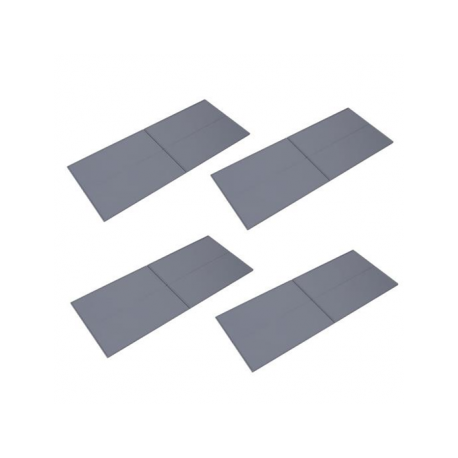 Soldiers on the battlefield commonly form into Regiments and Troops. Ranks and files of fighters make up the core to any army, from the magical Abyssals, to the stalwart Dwarfs. These plastic movement trays allow you to rank up and move your square-based miniatures, or use the reverse side to permanently mount them on a diorama-style multi-base! This set contains 4 hard plastic movement trays, including: ' Perfectly sized for 25mm square bases or 25mm x 50mm cavalry bases ' Textured reverse side for unit bases ' Can be used as 4 horde trays, or broken down into 8 regiment trays, or 16 troop trays ' Mantic Points