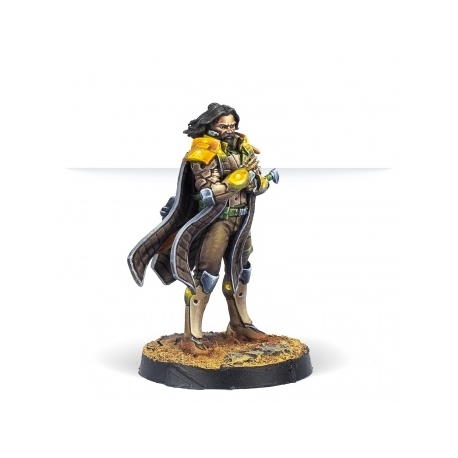 After all these years loyally serving Haqqislam, people seem to have forgotten that Saladin was loaned by ALEPH via O-12 to the Bourak authorities. The Recreation was the liaison officer of the Bureau Aegis with the Haqqislamite High Command, but his personal involvement with his adoptive nation and his worth as a strategic planner would make him fully integrate into the Haqqislamite command ranks, his remaining role as a liaison with the Bureau relegated to the background.