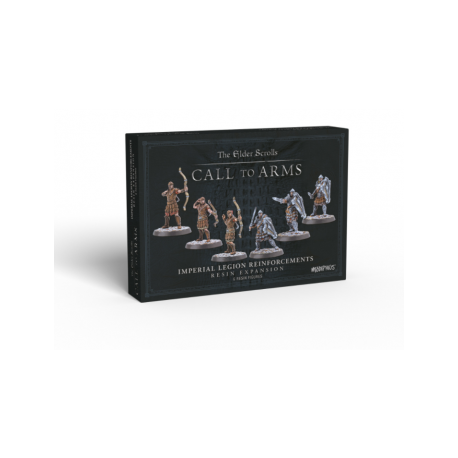 Fight for the future of Tamriel with the Imperial Legion Reinforcements Expansion. The Imperials gain vital ranged support from three Imperial Archers, while three new Imperial Soldiers in Heavy Armour join the fight, ready to form the vanguard against the rebellious Stormcloaks!

For use with Elder Scrolls: A Call to Arms Miniatures Core Rules. Expand your game with other Starter and Expansion Sets also available now.