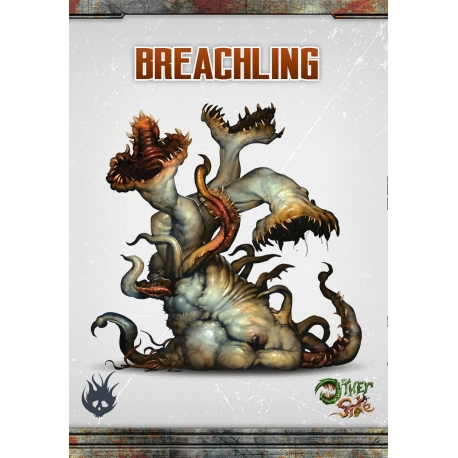 Much like the Stalking Portals, Breachlings are formed from the magic that exists between places. With no discernible anatomy to speak of, except for mouths, Breachlings are an unfortunate side effect of unmitigated dimensional agitation. Some Doomseekers have learned how to call these mindless creatures into existence and how to force them to attack only those who have earned their ire. Breachlings are made of unstable magic, though, and the right amount of pressure makes them pop, dealing massive damage to those unfortunate enough to be nearby.

On the table, Breachlings serve as fodder for enemy attacks and as a means of cycling through your deck. They should not be ignored, however, as their Fearsome Jaws are still a potent attack. Breachlings are a cheap unit that work well when filling in small gaps in your forces (or when Summoned into play).

The Cult has its beginnings in the ramblings of Ephraim Wade. Ephraim had strange visions, born of the things to come, and spread his twisted views with any who would listen. He didn't attract much attention at first, but when the Burning Man appeared in the skies above London, it lent credence to many of Ephraim's teachings. As London burned, the Cult rose from its flames.

The Cult are the insane followers of the enigmatic Burning Man. The forces of the voiceless entity are made up of monstrous aberrations and humans touched by the chaotic magics that lie between worlds. A Cult of the Burning Man army specializes in hit and run tactics and using magic to defeat their foes.