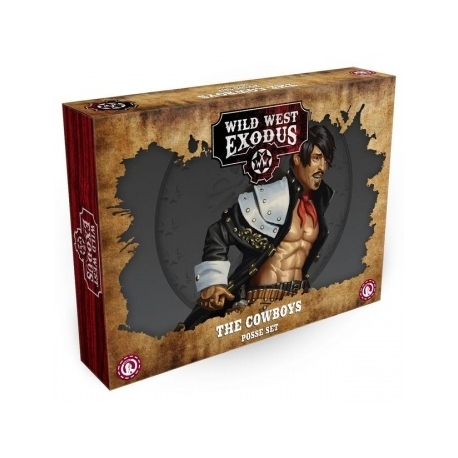 There are those in the frontier who earn their reputation through acts of selflessness and heroism. Perhaps it is human nature to find greater interest in the more salacious adventures of outlaws and bandits. The pages of newspapers and penny dreadfuls are filled with tales of the men and women for whom the taste of notoriety is a finer wine by far. Johnny Ringo is just one man among many mean-spirited, foul-mouthed and lawless villains, but he is also by far and away one of the most bloody-minded. Set apart from many other by dint of his inherent charm and good breeding, Ringo is supremely arrogant and self-absorbed using his superior" intellect to bamboozle his underlings and impress the gullible.
Plaguing the settlements and townships in the Arizona Territory such as Tombstone, Ringo is a crack-shot, cold-blooded killer a marksman without peer and he is justly feared for it. High Marshal Earp believes Ringo has taken down more opponents in duels than any other man in the Territory. Indeed, the only man Ringo seems to avoid a duel with is the equally skilled Doc Holliday. A showdown between those two would surely be both legendary and decisive.
Despite his tendency to bear grudges and pursue personal revenge against any number of foes, Ringo is, in his own way, a superlative leader, commanding respect and fear from those who follow his command in his infamous Cowboy's gang. Ringo works closely with the nefarious Bill Brocius and some say that it is Bill who is really the brains behind the Cowboys success. Together they are equally at home planning a bank heist as they are opening fire on a Lawmen posse just for the sheer and unbridled joy of it. The Cowboys include the disfigured and spiteful Misty Mimms, a woman wanted in numerous territories for violent crimes and with a particular hatred of Jesse James. The veteran prospector and ruthless killer Ike Clanton his brother Billy Clanton, known as Chef because of his penchant for knife-play the mysterious trick shooter Annie Mozee who is wanted in for the murder of Francis Butler and Hulda Haines in 1871. The final member of the gang is Frank McLaury, mortally wounded by the Earps and transformed by experimental Enlightened technology at the hands of Kyle the Black into the psychotic H-Bot 44. The Cowboys stampede their way through the region, robbing, killing, gambling and drinking their way to their notion of glory.
The Cowboys Posse kit builds seven multi-part resin miniatures
1x Johnny Ringo 1x Bill Brocius 1x Misty Mimms 1x Frank "H-Bot 44" McLaury 1x Ike Clanton 1x Annie Mozee 1x Billy "Chef" Clanton 7x Base Please note:
Miniatures are supplied unpainted and some assembly will be required. Character Unit Cards are not included and can be found on the Wild West Exodus website. Scenic base toppers are not included and are for display purposes only."