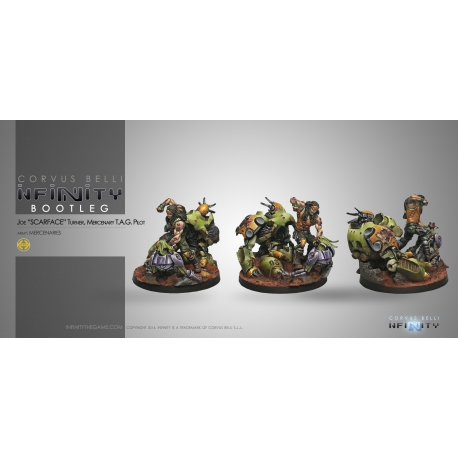 You've destroyed my T.A.G.! You'll pay me! With blood!

Scarface Joe Turner is a mercenary pilot T.A.G.s who had a drug problem fighting in the past and that has left some sequels, as a violent and explosive temper. And there's only one thing that pissed off more than you harm Scarface, your precious T.A.G., and is having to give explanations to Cordelia, her sister and engineer who will have to repair it.

As you are discovering this poor Caliban Shasvastii!

29 other products in the same category: