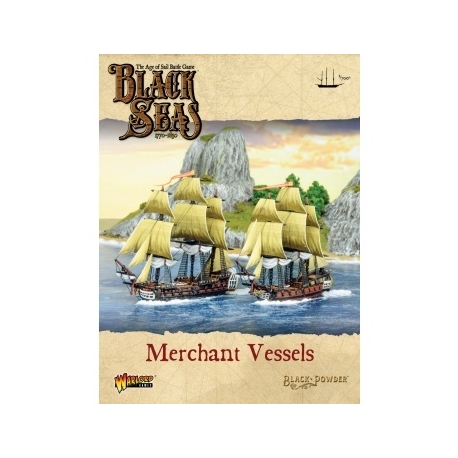 Slow, unwieldy, poorly gunned and manned, Merchant ships were the backbone of the economy of all the major powers of the period. Both of the ships in this set have an antiquated design as these ships would remain in service for many decades.

These are perfect to complete fleets as they feature in a lot of Black Seas scenarios, or can be used to represent ships of an earlier era.