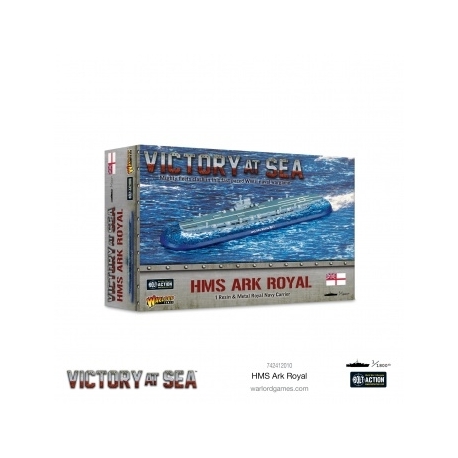 One of the most famous carriers of the war, the HMS Ark Royal received many battle honours in its service. The first enemy aircraft shot down by the Fleet Air Arm was with one of her Blackburn Skuas, while her bombers sank the German cruiser Königsberg, the first example of a capital ship being sunk by an attack from the air. Better remembered is the Ark Royal's role in the sinking of the Bismarck, where her Fairey Swordfish launched a torpedo attack that damaged its rudder, leaving it vulnerable to the rest of the fleet.

Other notable actions included convoys to Malta, the Norwegian campaign and involvement in the first U-boat kill of the war.

In 1941 she was struck by a torpedo and sank while under tow.