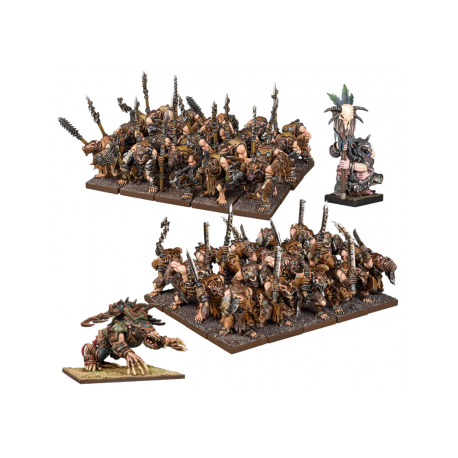 More than a century after their revolt and escape from the Abyssal Dwarfs, the Ratkinhave become a menace that has plagued many of the civilisedlands. Tales of savage beasts, arcane magics and bizarre contraptions going to war alongside hordes of chittering vermin cause fear where everthey're heard. The Ratkinare coming.