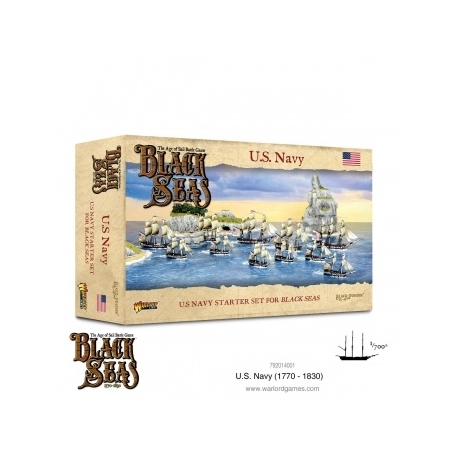 The US Navy was small in comparison to the large fleets of Britain, France and Spain but its frigates were over gunned and very manoeverable making them a worthy opponent The box contains: 6 plastic brigs 3 plastic frigates 2 over gunned resin frigates - the USS President & the USS United States Metal figureheads and backplates for 3 famous Spanish Navy Ships Spanish Navy Flags, Sails, Ratline sheets, Bobbin for Rigging, Game cards and Wake markers

15 other products in the same category: