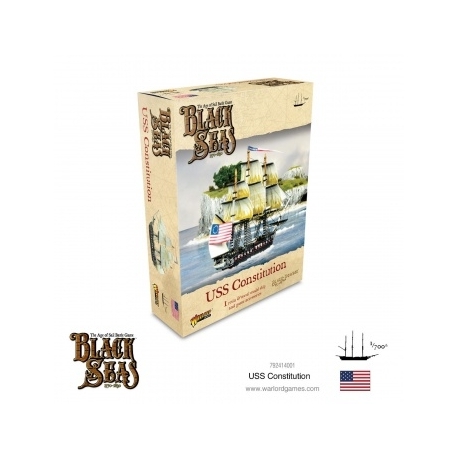 The USS Constitution was one of six Heavy Frigates commissioned by the United States Congress in 1794 to protect American shipping against Barbary Pirates in the Mediterranean.

USS Constitution should be in the thickest fighting on the table, leading the charge into the enemy battle line, using her exceptional survivability to weather the storm of shot and shell while blasting away with her own guns. While she might not be able to tangle with larger First Rates like Victory, she can hold her own in frigate actions, tying up the enemy fleet while the remainder of your ships go after other objectives or gain a more advantageous position.

16 other products in the same category: