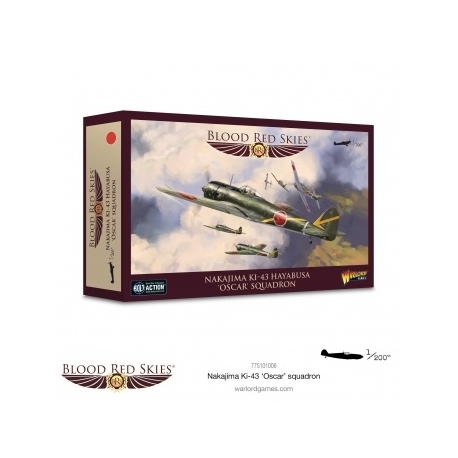 At the time of Japan's entry into World War Two, the land-based Ki-43 Hayabusa (Peregrine Falcon) was the amongst the most advanced aircraft available to the nation, and was also the most important in numerical terms, with 5900 aircraft produced. The Oscar enjoyed air superiority early in the war, but as newer Allied aircraft were introduced, its armament began to show inadequacies. The Ki-43 II improved the Hayabusa's engine by adding a two-stage supercharger, upgraded its protection by including self-sealing fuel tanks and pilot armour and replaced its rifle calibre armament with 12.7mm heavy machine guns.

Like its Imperial Japanese Navy counterpart, the A6M Zero, the Ki-43 Oscar remained in service long after advancing technologies had rendered it obsolete.