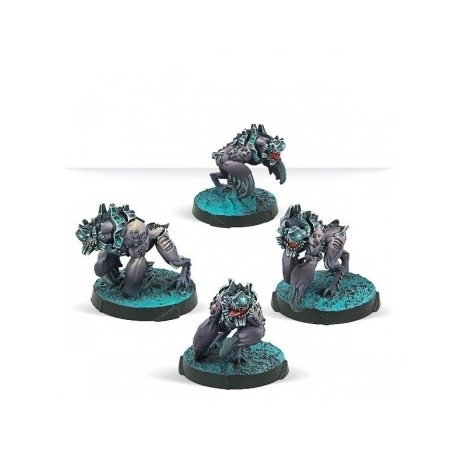 Taighas are cunning and deadly. They perform many functions in the Shasvastii Expeditionary Forces, from security and surveillance to boarding actions, which consist of the Shasvastii releasing them inside enemy ships to destroy everything in their path.

This box includes four Taigha Creatures. If you want to ensure victory by generating chaos, you only need to unleash a few of these dangerous creatures among the enemy line. Don't think twice and reinforce your Shasvastii Army (Ref: 281603-0830) with the fearsome Taigha Creatures.