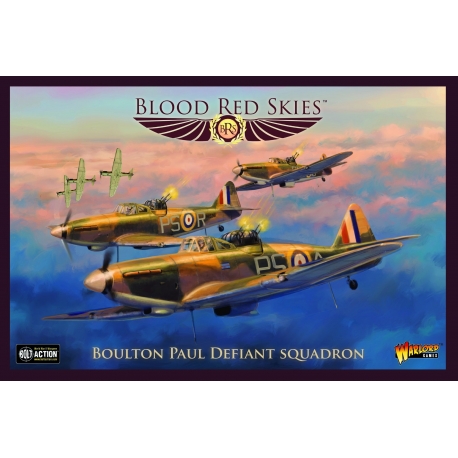 The Boulton Paul Defiant was a British interceptor aircraft, it was designed to be used a turret fighter with no forward-firing guns. It was found to be effective at destroying bombers but vulnerable to fighters, more specifically the Luftwaffe's Messerschmitt Bf 109. For its lack of forward-firing weapons, it suffered during daylight operations and was moved for night-time duties.